WHY DO WE NEED TO GIVE?

Entertainer Jeff Bridges pioneered the End Hunger Network. His heart was compelled to act over 25 years ago, knowing that 35 million people in the U.S. are hungry or don’t know where their next meal is coming from, and 13 million of them are children. He appealed to his co-celebrities and enlisted their help to convince the American public and the governments of the world that there’s an end to hunger if given priority. 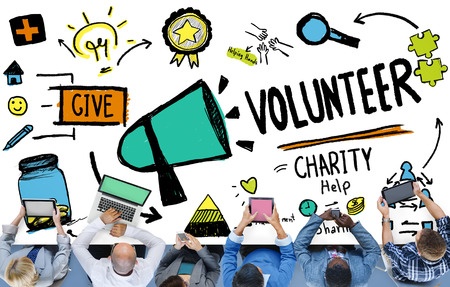 Much have been said and written about secular givers. In fact, many companies and organizations have been supporting causes and charities. Besides, who wouldn’t want goodness to rule the world? A few examples are Apple, Google, and Microsoft.

Google has been known as an extraordinary company since then. That’s why their means of giving is extraordinary also. Their community programs include 5 varieties: Bay Area Giving, Code for America, Roberta, Programming Education Gathering, and Raspberry PI. Bay Area Giving supports local nonprofits that strengthen the community. Code for America provides technological support to governments that still need to catch up with today’s technological innovation. Roberta supports in developing app programs that will control robot through smartphones. Programming Education Gathering donates computers to more than 25,000 Japanese students. Lastly, Raspberry PI is a $1 million Google grant for Raspberry PI computers.

Since 2005, Microsoft has been offering a volunteer match program where nonprofits receive $25 per hour when employees volunteer for at least 4 hours. For regular matching gifts, employees have a choice to submit matching gift requests for donations up to $15,000 per year. With Microsoft’s regular giving, it has been consistently included in the listing of top matching gift programs.

What do these individuals and companies get in return for giving? They don’t get their money back, because it’s much more than that. Apple, Google, and Microsoft are some of the most successful companies in the world – a reputation that money can never buy. May this be an inspiration for every one of us to give and share whatever blessings we have in our baskets.

In the end, money can’t buy happiness, but happiness can buy many good memories for us and for everyone else around us.

Our very life is the inspiration and exhalation of breath; the contraction of and release of the heart … our life is a conduit and so it should be with our material resources. For only when we give can we expand to handle greater responsibility and offer more to society, friends, and family.