Money is Meant to Flow

Who is not familiar with the universal adage, “It is better to give than to receive?” 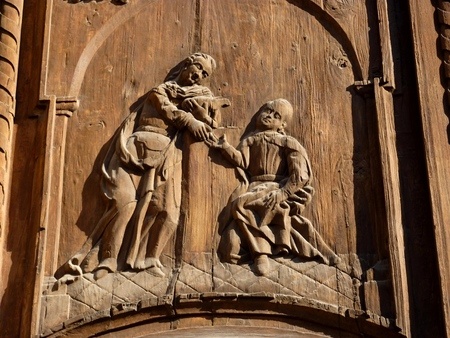 It is not often taught that in giving, we generate more. Allow me to reinvent this sweet maxim as I say that “It is in giving that we receive.”

This life’s paradigm shift is widely realized and practiced in this present age, not only by the middle class but by the multimillionaires as well.

Let me tell you the original source of giving to receive. The universal Creator authored the principle of giving eons ago. The first fruits concept in the Old Testament meant that man should generously set aside the first good parts of his produce as an offering for the goodness of God. Good produce is defined as “unblemished” or “flawless”. The Scriptures command that man honors God with his wealth and the first of his produce so his barns will go aplenty and his vats will overflow. Presently, such is the principle behind tithing. Give and it will not just come back to you. It will expand and extend your resources.

This may very well be the very first precedent of the gift economy.

a gift economist, he surmised, “This idea is not a new one, but something very old. It is about offering what you love to do to the community and having the community respect and appreciate that. In return, they support you with the things they love to do.”

In his Huffington Post interview, Hoppel retold how he reinvented his career path in the field of gift economy. He stopped charging his clients and he had no regrets. He still got what he wanted and more. Hoppel explained on his blog his relationship with his clients: “…if we decided to work together, that I would build you a website as a gift, and after I was done, I would give it to you. Then you would consider what the finished project was worth to you and choose something fair to gift back to me. There would be no contracts, no negotiating, and no pressure.”

It is an economy patterned after giving that puts a premium on relationship more than personal profitable transactions. Thus, spanning social conscience is perceived to be the basis for advancing wealth throughout a gift economy. The giver benefits indirectly through social status and support extended by the co-givers in the group or community.